What do you do when you find out twenty-four hours before the Duran Duran concert that your friend got you a back stage pass? And you have a job and kids and no time to seek professional help in transforming from drab to fab? You head to the corner drug store (yes, I am super fancy like that) and buy $30 worth of beauty products that promise to make you look like you’ve stepped off a runway.

And then you realize that no matter how much effort you put in, you’re still just going to be little-old-you in twenty-four hours.

Will that be enough?

I loofahed, buffed, and shined myself into a frenzy, alternating between You Tube tutorials on how to put in contact lenses (must ditch the glasses!) to how to apply fake eyelashes. In the end, the lashes won and the contacts lost, and I resigned myself to the librarian look or blindly groping through the meet and greet.

As it turns out, I did receive professional intervention, in the form of my dear friend who has styled my hair for the past twenty years, who was also responsible for hooking us up with backstage passes. She has friends in high places. 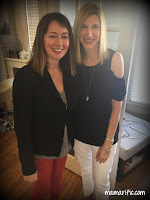 Vanity prevailed, and the glasses were hastily stashed in my handbag as we pulled up to the venue. This potentially served as a bonus, as all five members of Duran looked much the same to me as they did thirty plus years ago when their likenesses adorned every inch of my bedroom walls. But even though a tad fuzzy, I was struck by how well they had all aged.

As my friends and I were ushered up for our photo opp, Simon Le Bon offered me his hand, and I squeezed in beside him for the group photo. I have no conscious recollection of whose arm encircled whose body first, but I recall being slightly startled at the heat of his hand on my upper hip, resting gently there like an old friend. His silky shirt lightly grazed my arm, leaving goose bumps in its wake. Giddy much?

How did I get here? It's like when east meets west, yin flows into yang, and the puzzle pieces fit together. That moment when you're there but not there, caught between what's before you and what's behind you. When life comes full circle and hits you over the head with its goodness.

I’ve been praying for this moment for thirty-four years.

My parents refused to subscribe to cable television, so I was left to scrounge MTV viewing time off my best friend/neighbor down the street whose parents were more enlightened. “Hungry Like the Wolf” was on heavy rotation, and we waited by the tv, suffering through videos of long-haired, “ugly” bands that were not British, not cute, and therefore not worth our consideration. At home, the VCR had at least made its way into my living room, and I recorded “Friday Night Videos” every week.

Nick Rhodes, the keyboardist, initially drew me into the band, as I played the piano myself and longed to augment my Beethoven Sonatas with a cutting-edge Roland synthesizer, á la Nick. I’d never paid much attention to bass players before, but John Taylor’s million dollar smile and funky grooves mesmerized me. Simon’s vocal showmanship and Roger’s quiet competence on the drums completed the whole package.

Beyond the music, Duran’s videos opened up an exciting new world to me as a sheltered preteen living in suburbia in the ‘80s.  As I dutifully donned my Catholic school girl uniform each morning, I dreamt of jungles, elephants, and sailing on a boat in crystal blue water. Their music soothed the inner (and outer) tantrums of my adolescence and sparked a lifelong appreciation of art, in all its forms. And Duran’s music is art, fused with depth, amplified by fashion and style. It’s the whole life experience rolled up in a glamorous, yet technically sound and believable package.

And they just keep getting better. Inspirational, to be sure.

Although their music from the ‘80s serves as the foundation of their sound, they’ve built upon it and evolved in a way that’s honored that legacy and yet speaks directly to their fans where they are now in life. As a mom in my mid-40s (is 46 still considered mid-40s? ha!), my life is defined by my kids, family and responsibility. So an album like Paper Gods illustrates the wisdom that comes from growing up and realizing there is more to life than the materialistic pursuits of our 20s and 30s. We’re comfortable in our own skin, and we’ve given up the pursuit of “the next thing we must have” with or without the “matching bag.” The guys are right, there’s no peace there.

Not to say we still don’t like to get glammed up and have a little fun. My friends and I have been to three Duran shows on this tour, and each one has been a night to remember.

This one, in particular, for me. After my photo opp with the band, I thanked them for their music and told them how much I love the new album. I know they hear this every day from fans, but for me, it was important to acknowledge their work that has, and continues, to mean so much to me. It's become a part of who I am, as sometimes art that moves us can do.

One of my parenting goals is to raise my kids up to love and appreciate music and art, in all its forms, whatever speaks to them. My twelve-year-old daughter is hopefully following in my footsteps, as I’ve caught her singing along to Duran's new single, “Pressure Off,” when I’m not looking and sometimes when I am. I hope she finds music to be something that she can fall into the way I did and still do.

Music that lifts you up when you’re down, carrying you on the tidal wave of its story until it drops you off in a better place.

It’s really as simple as that. 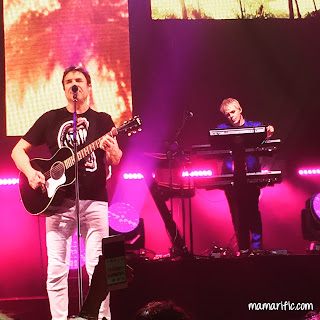 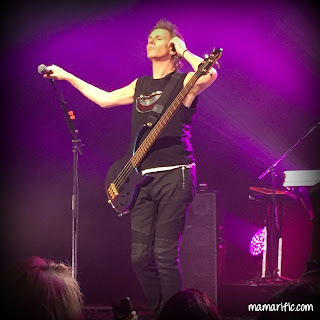