I was poking around my older sister’s room, looking for I-Don’t-Know-What, mainly just wanting to feel close to her.  The giant, four-poster bed loomed large in the middle of the room, and I amused myself by swinging from the posts, hanging upside down and arching my back until my long, yellow hair grazed the brown shag carpet.

I often spent time in her room when she wasn’t home, combing her shelves looking for clues to the mysterious, grown-up charm of hers that I coveted. Among the pictures of horses, old Nancy Drew books, and Vogue magazines, I stumbled upon an album that caught my eye. 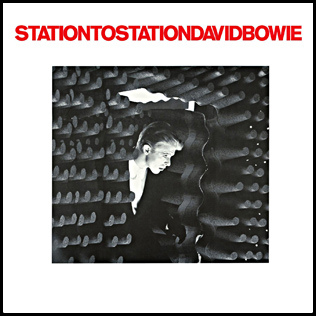 The stark contrast between the graphic black and white image and the bold red lettering drew me in, and it was nothing that the likes of my seven-year-old-self had ever seen.  And although I knew nothing of this artist or his music, I felt like maybe somehow, someday, I should.

I sat cross-legged on the floor in front of the television set, eye-level with the VCR my parents had finally given in and purchased.

For a ten-year-old kid in 1980, pre-MTV, a VCR recording of Friday Night Videos was as good as it got.  The show came on every Friday night, and not only did I watch it live, I taped it and watched it over and over all day on Saturdays, pausing only to grab a Coke and throw a Totino’s pizza in the oven.

On this particular Saturday, I was mesmerized by the new video, Ashes to Ashes by David Bowie. 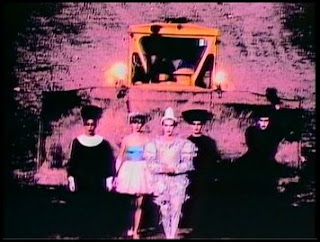 All the things I felt as a young girl watching this video on repeat.

My Dad, passing in and out of the room while puttering around the house on a Saturday, decided to stop and see what all the fuss was about.

“ What kind of strange music is that?”

“ Why is he wearing makeup?”

And so it went.  As my obsession with Bowie and his music grew, so did Dad’s teasing.

“Really? Does he know he has a knife named after him?”

My friend and I sat on her bed on a Friday night listening to Space Oddity, Changes, and Ziggy Stardust from ChangesOneBowie, playing each song over and over to decipher the lyrics.  She was a bit more poetic than I, and she seemed to grasp more meaning in the words than I did.

But although I'd only begun to scratch the surface of human experience and emotion in his songs, his music spoke to me with the familiarity of an old friend.

The gift that Bowie gave to me that day, throughout my adolescence, and even today, was the gift of settling.  Not settling in a bad way, as in, for something less, because that’s never what he did.  But settling, as in settling down and settling in...to my perceived weirdness, my otherness, my difference from what I saw when I looked around me.

He showed me that the world was a really big place, more than I could ever imagine, living in my one-dimensional suburban bubble.

I didn’t fit the cheerleader mold, or the athletic girl mold, the band girl mold, or even the Brainiac mold.  I didn’t really know where I fit in, and Bowie told me I didn’t have to fit in at all.

That I didn’t have to be one solitary answer on a multiple choice test, but that I could be ALL OF THE ABOVE.

He showed me that we are fluid beings, morphing and growing, built to break one's image of oneself as soon as it’s fixed.

The thing about his death that gets me, really rips me in half, is that I was kind of counting on him to always be around to remind me of this.

Because there are days when I’m still not so sure.

One thing I am sure of is that when David Bowie entered the Pearly Gates, I bet my Dad was there to shake his hand and say, “Welcome to Heaven, Jim Boo-ee. Good work inspiring my girl down there in the trenches.” 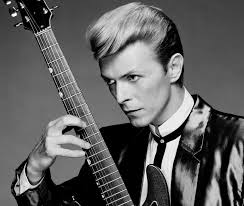 I'm counting on it, David. Rest in peace.