Music Review: "That Would Be Me" the new album by Harry Connick Jr

But lodged somewhere between then and now lies a neglected decade, the ‘90s.
The era of Friends, Seinfeld, ER, Pearl Jam, Oasis, Nirvana, No Doubt, and Smashing Pumpkins. A decade defined by the advent of expensive coffee married with flannel and angst.

But a rare and precious gem sparkled in the darkness of grunge, a sound that harkened back to a more civilized time.

I remember when I first heard “It Had to Be You” watching When Harry Met Sally at the Varsity Theater in Austin, across from The Drag, when I should have been studying.

This guy was different.

His sound and style were timeless, with more than a nod to the Golden Era of music.

His renditions of classics like “Don’t Get Around Much Anymore” and “Let’s Call the Whole Thing Off” sparked my interest in the burgeoning revival of swing/big band music.

With a voice like cream cheese icing on a Red Velvet cupcake, and a face to match, there was no stopping Harry Connick Jr.  Music, films, tv, you name it, he did it and did it well.

Whether it was old standards, new favorites, or straight-up New Orleans heritage jazz, we loved all facets of HCJ and celebrated his multi-faceted creative approach to entertainment. 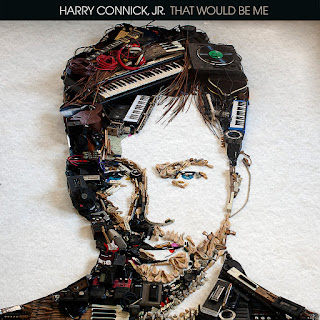 Fast forward to 2015, and HCJ has reinvented himself again, this time as the most authentic and raw version of himself yet to be exposed to his audience.

On his new album, “That Would Be Me,” the forty-seven year old married father of three blazed a new trail, handing over the reins of creative control to two heavy-hitter producers.  Connick worked with Eg White (Sam Smith, Adele, Florence and the Machine) and Butch Walker (Taylor Swift, Katy Perry, Pink, Weezer) to put a unique spin on his own musical style and deliver something completely new and unexpected.

A striking new boldness and stripped down honesty deliver a heartfelt album that mirrors the emotions and stage of life many of us are in right now.

“(I Like It When You) Smile” is a get-up-and-dance anthem to “put a spring up in your stride” no matter how cool you’re playing it. “Tryin’ to Matter” speaks to the mid-life puzzles we’re all trying to solve and “(I Do) Like We Do” is a sweet statement on the meaningful bond of commitment, perseverance, and love.

“(I Think I) Love You a Little Bit” and “Every Time I Fall in Love” are relaxed, pensive meditations on the most complicated emotion on the planet, with which we all can identify.

There are many reasons to love Harry Connick Jr., and his new album, “That Would Be Me” is just another box to check.

There’s nothing better than a guy who decides he doesn’t have to deliver the same goods time after time. A guy who’s not afraid to make a different sound, a different ripple in the ocean of What’s Expected.

I’m right there with you, Harry, humming along to every note.

“That Would Be Me” by Harry Connick Jr. is available now on iTunes or visit his website HERE for all the goods. Do yourself a favor and download it today.
Email Post
Labels: Harry Connick Jr midlifegoals music music review