"The Breakfast Club" is All Grown Up: Celebrating 30 Years 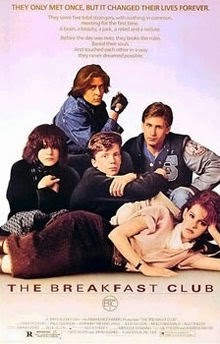 I sunk into my seat in the dark theater, relieved to be home free, palms sweaty from the rush of defying authority.

An older friend bought our tickets to see the new movie, The Breakfast Club. The movie was rated “R”, and I was far from seventeen, but there was no way I was going to miss it.

I fidgeted in my seat, crossing right leg over left, Converse high-top bobbing in time to my racing heart.  I dug in the pocket of my Guess jean jacket for the Junior Mints I’d purchased at 7-11.

The opening credits appeared on screen, set to the now infamous song, “Don’t You Forget About Me” by Simple Minds.   A hush fell over the audience as one of the quintessential films of the 1980s opened with a quote from David Bowie’s 1971 song, Changes: 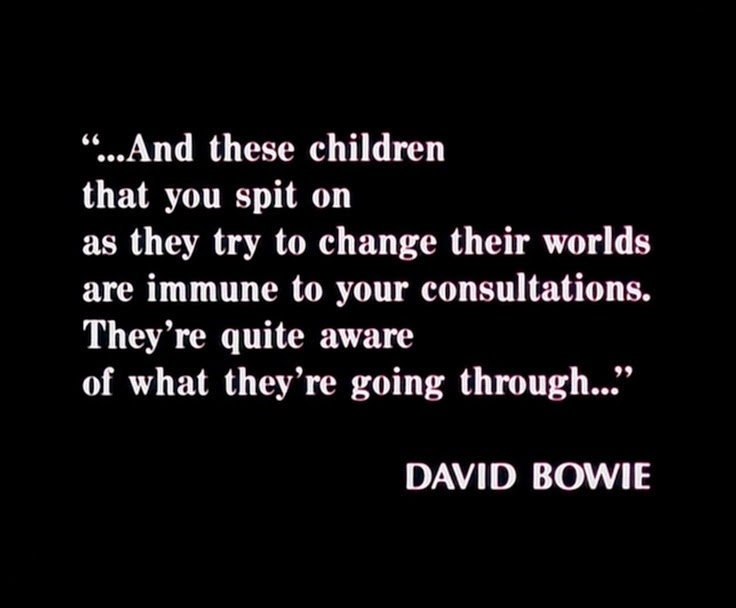 The screen shatters like glass and morphs into an image of Shermer High with this voice over from Anthony Michael Hall (watch it HERE):

Saturday, March 24, 1984. Shermer High School, Shermer, Illinois, 60062. Dear Mr. Vernon, we accept the fact that we had to sacrifice a whole Saturday in detention for whatever it was that we did wrong, what we did was wrong. But we think you're crazy to make us write an essay telling you who we think we are, what do you care? You see us as you want to see us, in the simplest terms and the most convenient definitions. You see us as a brain, an athlete, a basket case, a princess and a criminal. Correct? That's the way we saw each other at seven o'clock this morning.

All of John Hughes’ films spoke to me as an adolescent in the 1980s, but The Breakfast Club truly touched on all of the Big Feelings I was having: peer pressure, fitting in, thoughts about boys, and growing awareness of kids with different or troubling circumstances.

The premise is simple:  five high school kids get thrown together to serve detention on a Saturday, each character a different stereotype one might encounter in the halls of your average high school:  The Athlete (Emilio Estevez), The Basket Case (Ally Sheedy), The Brain (Anthony Michael Hall), The Princess (Molly Ringwald), and The Criminal (Judd Nelson).

The movie follows these kids throughout their day of detainment, threatened by the laughably cruel school principal who instructs them not to talk, move from their seats, or sleep.

The kids, inevitably, break all of these rules and get into mischief.  But in the process, they open up to each other, form unexpected alliances, and eventually realize they have more in common than not.

Heavy stuff comes out.  We learn that The Brain, who appears to be “a parent’s wet dream,” contemplated suicide after getting a bad grade.

The Criminal has a cigar-shaped burn on his forearm as evidence of his troubles at home.  The Athlete is under constant pressure from his father to be The Best.  The Princess is caught in the crossfire of her parents’ marital troubles.  The Basket Case is a compulsive liar. 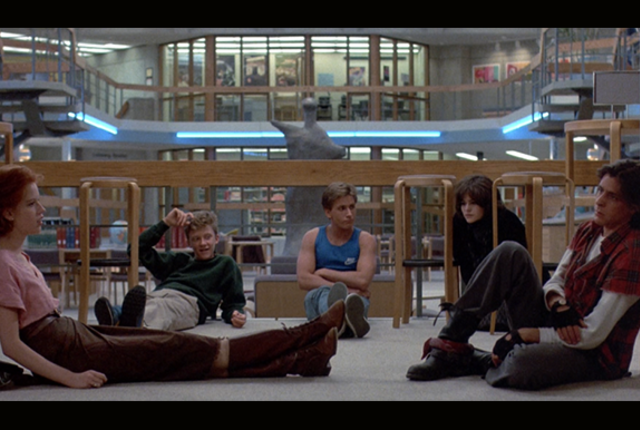 These personalities connect after hours of chipping away at each other.  But the harsh reality that these common bonds will not be enough to cross the lines of the cliques come Monday morning is a jagged pill which most teenagers are familiar with swallowing.

In 1985, I identified with parts of each of these characters.  As only a teenager could do, I had phased through different personas, like trying on prom dresses in a poorly-lit dressing room, always looking from a different angle and never being satisfied.

Thirty years later, I am still enamored with each of these characters and the stories they have to tell.

And I suppose this is why I can’t help but gather some girlfriends together to catch The Breakfast Club on the big screen one last time to mark the milestone 30th anniversary.

I sunk into my seat in the dark theater, crossing my legs out of habit, then correcting myself, remembering that this is what causes the unsightly spider veins on my legs.

There are no Junior Mints in my pockets, but I’ve brought a gluten-free, 100 calorie treat in case I need a sweet fix in addition to the popcorn I’ve allowed myself. There’s bottled water in my seat’s cup holder, instead of Coca-Cola.  Caffeine triggers my migraines.

But once the movie started, I felt like a kid again.  I dutifully laughed at Principal Vernon right up until the scene where he and The Criminal go head-to-head, and The Criminal ends up with two months of detention.

At that point, I slid back into parent mode and recalled a similar exchange recently between me and my tween daughter.

I did not use the “you mess with the bull, you’ll get the horns” line, but now I have that in my back pocket for next time.

When did I become the uncool, pain-in-the-ass adult in the scenario?

Watching this movie as a grown-up really does have its advantages, though.

Don’t talk down to kids & treat them like jerks, or you’ll end up like the Barry Manilow wardrobe-raided idiot principal.

Teenagers are balled-up tangled webs of emotions walking around begging to be heard and understood, yet shooting off at us like firecrackers for even daring to try. We must persevere, lest our kids feel ignored, which according to Ally Sheedy’s character is the worst.

Times really have not changed that much, and all the pressure kids feel to perform academically, socially, and athletically is not really a 2015 thing.  It was a 1985 thing, too.

Watching The Breakfast Club is every parent’s dream come true. How often do we long to get inside our kids’ heads? It all comes flooding back…the uncertainty, the insecurity, the angst…it is all very real, and I never want to forget what that feels like.

In three short years, my daughter will be a teen.  If she ever accuses me with, “Mom, you just don’t understand!”

I want to be able to say, “Yes. Yes, I do understand what you’re going through.”

And I want to really mean it.

The Breakfast Club was one of the first movies that took teen’s emotions seriously and validated their struggles, which allows the film to stand the test of time.

Bottom line? Teenagers are people, too.

In the words of Carl the janitor to Principal Vernon,

“C’mon, Vern, the kids haven’t changed, you have.”

Carl was a smart man, even if he did major in the Custodial Arts.