I woke on the morning of my forty-fourth birthday with a lump in my throat and an overwhelming feeling of dread.  Not due to the number of candles on my cake, but because on this day that God brought me into the world, He was calling me to face a fear that I’d been running from for a decade.

All of us have been exposed to injustices in life that revolt, appall, or offend us, either through personal experience or simply by watching the evening news.  I generally react with varying degrees of concern and/or shock, depending upon the headline of the day.

The unfortunate truth is that the abominations we hear about on the news, such as rape, murder, theft, and violence, have, sadly, meshed into the landscape of our existence.

They have become part of life in the Big City.

But there is one atrocity that isn't often reported on, yet when it is, it raises the hairs on my neck, tightens my throat, and leaves me with a crushing sensation of being punched in the gut.  Attempting to think about it leaves me completely undone, split down the middle, paralyzed with disgust.

The subject is so vile and inconceivable to me that I have literally become physically ill thinking about it.

The reality of it is something I've never allowed to fully permeate my brain.

But as I approached my forty-fourth birthday, I began to feel led to crack open the door to it, even for just a moment.  And those moments turned into hours, and the more I thought about it, the more I gathered the courage to face it, head on.

It’s happening all over our country, our city, even right in our own neighborhoods. Down the street from our schools, playgrounds, and the places we eat and shop.

And the only way to stop it is to shine light on it.

The issue I can no longer ignore, or allow myself to neglect is the tragedy of modern day slavery, Human Trafficking.

And today, instead of celebrating my birthday with a nice lunch out or a mani/pedi, I would be taking a van tour of brothels in Houston through an organization called Elijah Rising, a non-profit Christian group committed to the fight against sex trafficking.

The goal of the van tour would be to learn to identify these establishments and begin to understand the inner-workings of how this monstrous industry operates in spas, massage parlors, and cantinas across the city.

I showed up at Elijah Rising's office for the van tour with a wad of Kleenex in my purse and my largest, darkest sunglasses to hide my tears.  I did not know how I would make it through this tour, but I was determined to do it.

Upon entering the building, a staff member explained that it used to be a functioning brothel.  I navigated the chopped up rooms with low ceilings and no windows, and felt my first wave of nausea as I turned the corner and encountered a row of six showers in a dark hallway.

Shells of rooms remained, scarred with the outlines of where dirty mattresses had lain.

Artifacts had been saved, restraints, drug paraphernalia, actual pictures of the human slaves formerly held within.

I felt the ghosts of despair and darkness slither up my spine like a poisonous snake. All the sins that these four walls had witnessed echoed throughout the building, long-forgotten lamentations that cried to be remembered.  Souls of young girls robbed of their innocence, plagued by circumstances, bound by fear.  Evil plastered into the walls, trapping the people within, draining the light and life from them.

I felt every ounce of it, and it took my breath away, like a swift punch to the gut.

My knees wobbled as I exited the building and climbed into the van.

The van tour drove us by establishments that were right under my nose, obscurely blending into the landscape, one in the same shopping center where I picked out my wedding china.

But the part that tore my insides out was just being inside that building.

It would haunt my dreams for days to come.

Our van tour guide told us stories that chilled my blood and made me want to crawl outside my skin.

I am overwhelmed, burdened, and broken by what I saw and heard.

I am not clear on my place in this war against Human Trafficking, but I know I am being led to face the horror of it, think about it, and do something about it.

In the days ahead, I will be praying about what God wants me to do. I am not overly religious, but I have always heard people talk about being led to do something they didn't want to do, and now I know what they mean.  It would be much more pleasant and convenient to continue to focus on the nice, easy volunteer work of which I've become accustomed.

But I believe in the promise that if we are obedient and faithful to God’s call, He will equip us for battle.

I will not forget this forty-fourth birthday.

And I don’t believe I’m meant to forget. 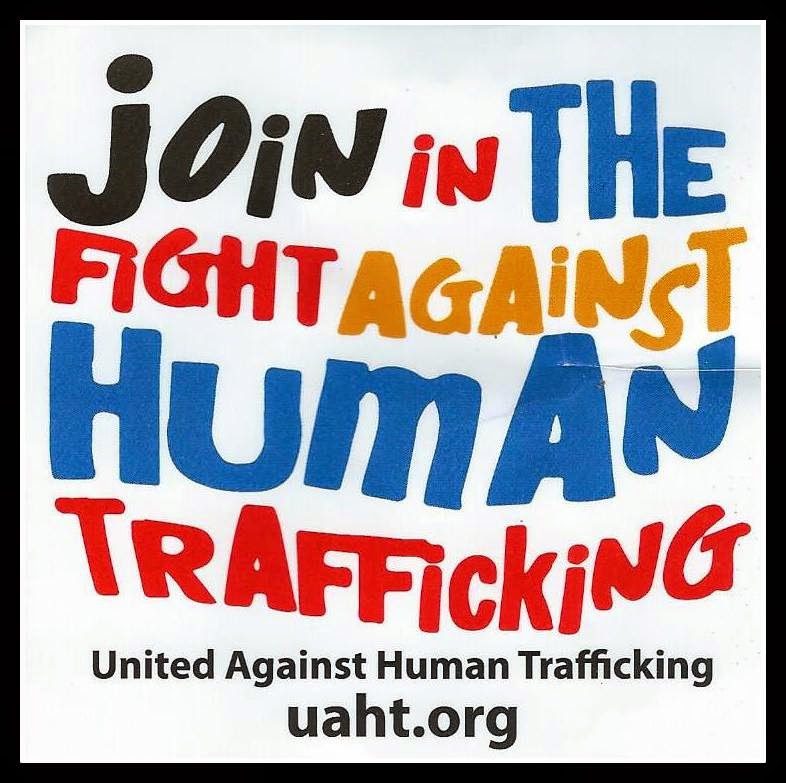 Houston ranks No. 1 among U.S. cities thought to have the most victims of human trafficking. (KPRC-TV)

The average age of a girl entering the sex trade in the U.S. is 12 to 14.(DoSomething.org)

The National Human Trafficking Hotline receives more calls from Texas than any other state in the US. 15% of those calls are from the Dallas-Fort Worth area. (DoSomething.org)

Human trafficking is the third largest international crime industry (behind illegal drugs and arms trafficking). It reportedly generates a profit of $32 billion every year. (DoSomething.org)