Yes, it is possible to feel these two things simultaneously.

It’s been week after week of existing in survival mode, waiting for Husband to come home, scurrying to the store at night, because I refuse to take my kids grocery shopping.   There are doctor, hair, and work appointments backed up, waiting for the Fall when time will finally open up and spread out before me.

There has been lots of fighting, screaming, pushing, whining, complaining and all around bad behavior.

There have been lazy mornings in bed, no nagging over homework, no rushing around to after school activities, and zero drama.  There have been forts and snuggles, swimming and splashing, traveling and exploring.

So, with mixed emotions, Daughter and I decided to leave Husband and Little Brother behind and bid farewell to summer with a last blast Girl’s Trip.

One of her favorite tv shows is The Daytripper on PBS (click HERE for schedule).  In each episode, host Chet Garner visits a different destination in Texas and highlights the unique activities, food, and culture of that town.  Not only is the show educational, it’s all presented in a high-energy, playful manner which appeals to kids and grown-ups alike.

Chet’s passion for Texas history, food, and fun elevates the program from an ordinary travel show to true entertainment.  His sense of humor shines through in each episode, as he’s known to often illustrate his narratives with a quirky skit involving costumes, wigs, and crazy accents.

So, my daughter requested to go on The Daytripper’s San Antonio tour, which is basically experiencing the show live and in person.  We made a weekend trip out of it, relishing these last few days of carefree fun before alarm clocks and spelling lists. 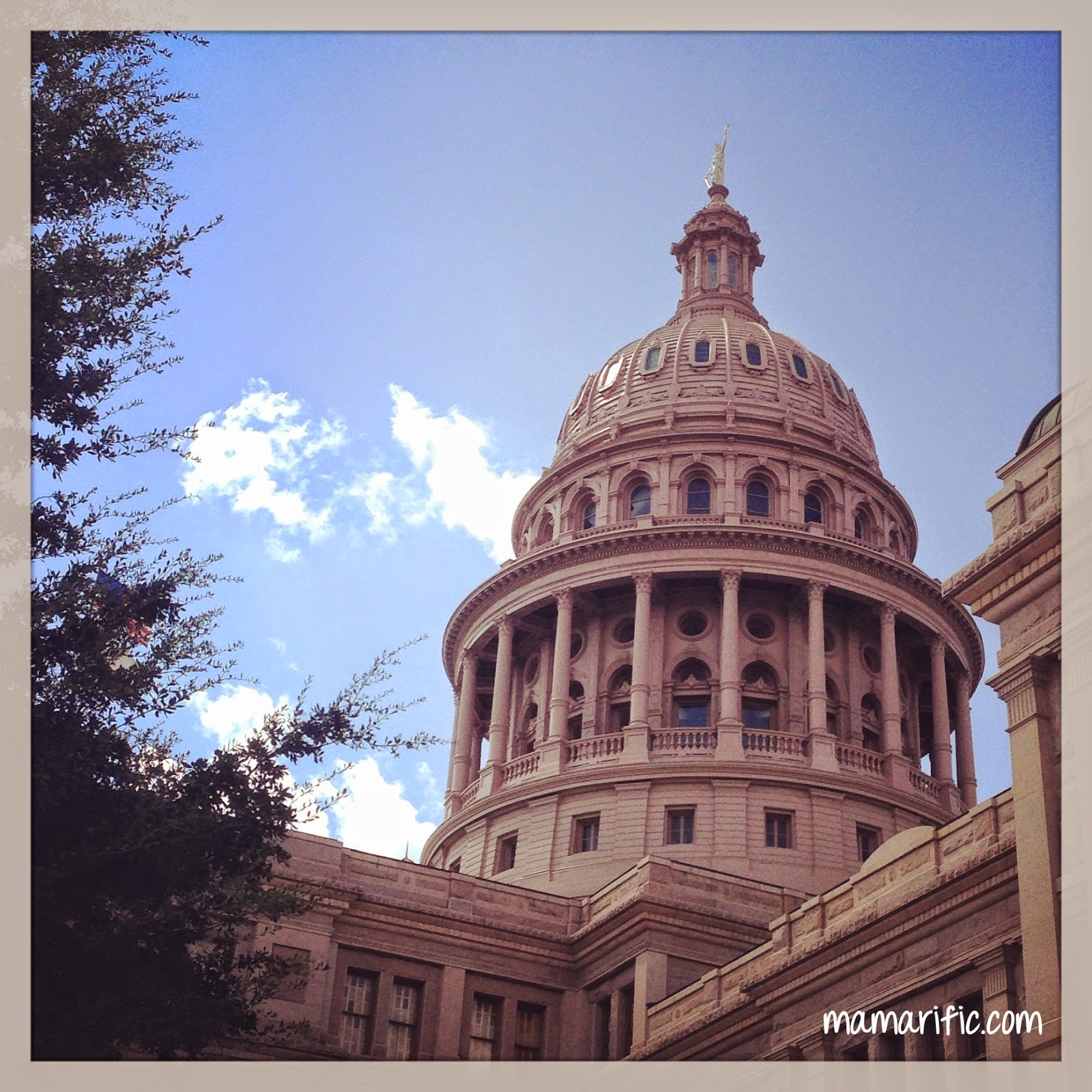 Daughter had never been there before, and it was so fun to experience all of it again from a child’s view:  the wonder and awe of standing on the star in the middle of the floor and gazing up into the dome, wide-eyed and open-mouthed.


Climbing the grand staircases to fearfully inch toward the middle to peer out over the railing.

The solemn stateliness of the House of Representatives, especially as seen from the viewing gallery above.


Saturday morning dawned, already a scorcher by the time we met the Daytripper bus to leave for San Antonio, but we came armed with lots of water, cooling towels (these are the best things ever!), and sunscreen.


Our first stop on the tour was Mission San José, followed by Mission Concepión. These missions were established in the early 1700s by the Spanish, who were in competition with the French to colonize parts of Texas.

We learned about life as a Native American at the mission, and Daughter commented how lucky we are that we don’t have to live in one of those little rooms with fifteen of our closest family members!  Our Park Ranger tour guide, Tatum Weeks, was amazing and really brought history alive for us.  If you ever visit, ask for her! 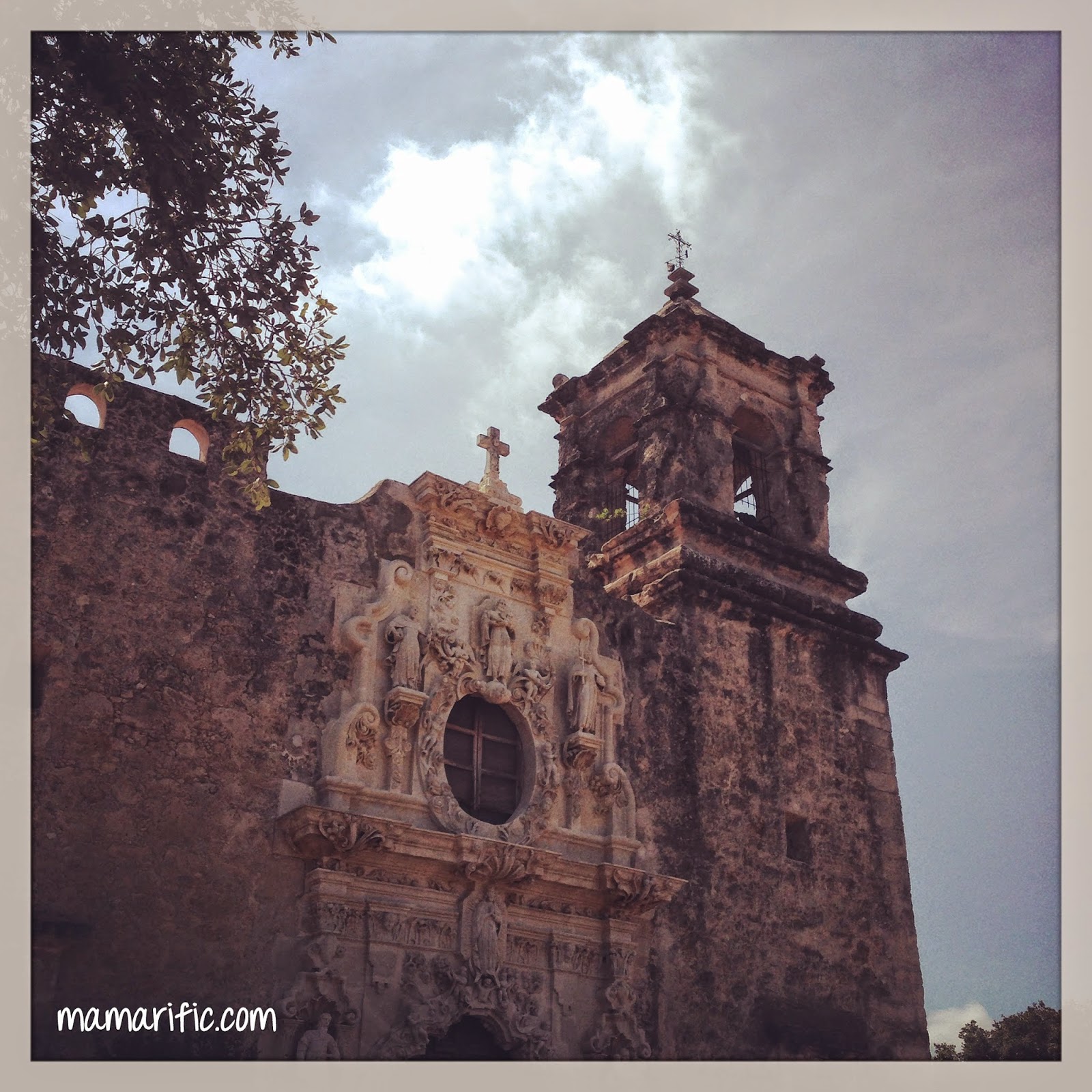 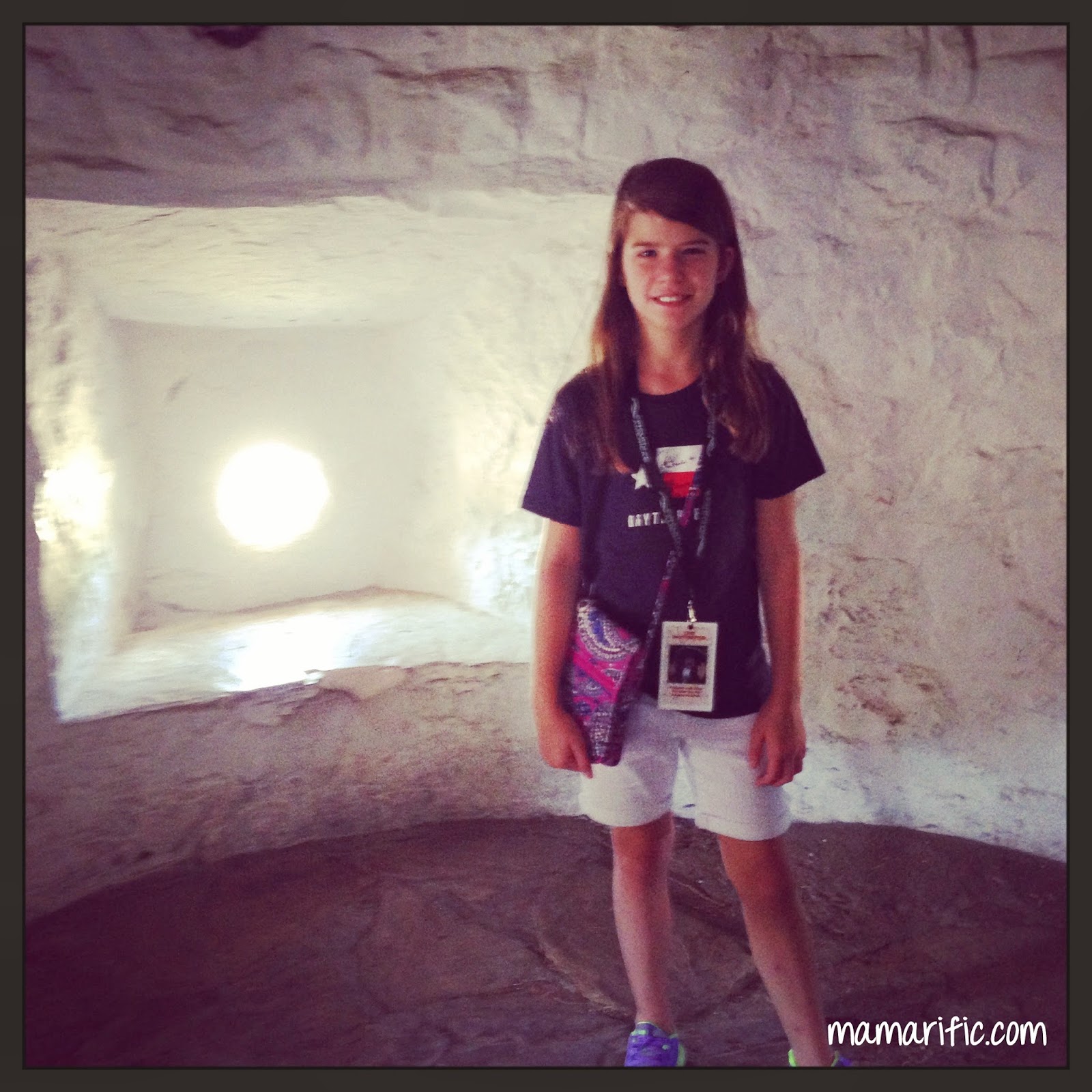 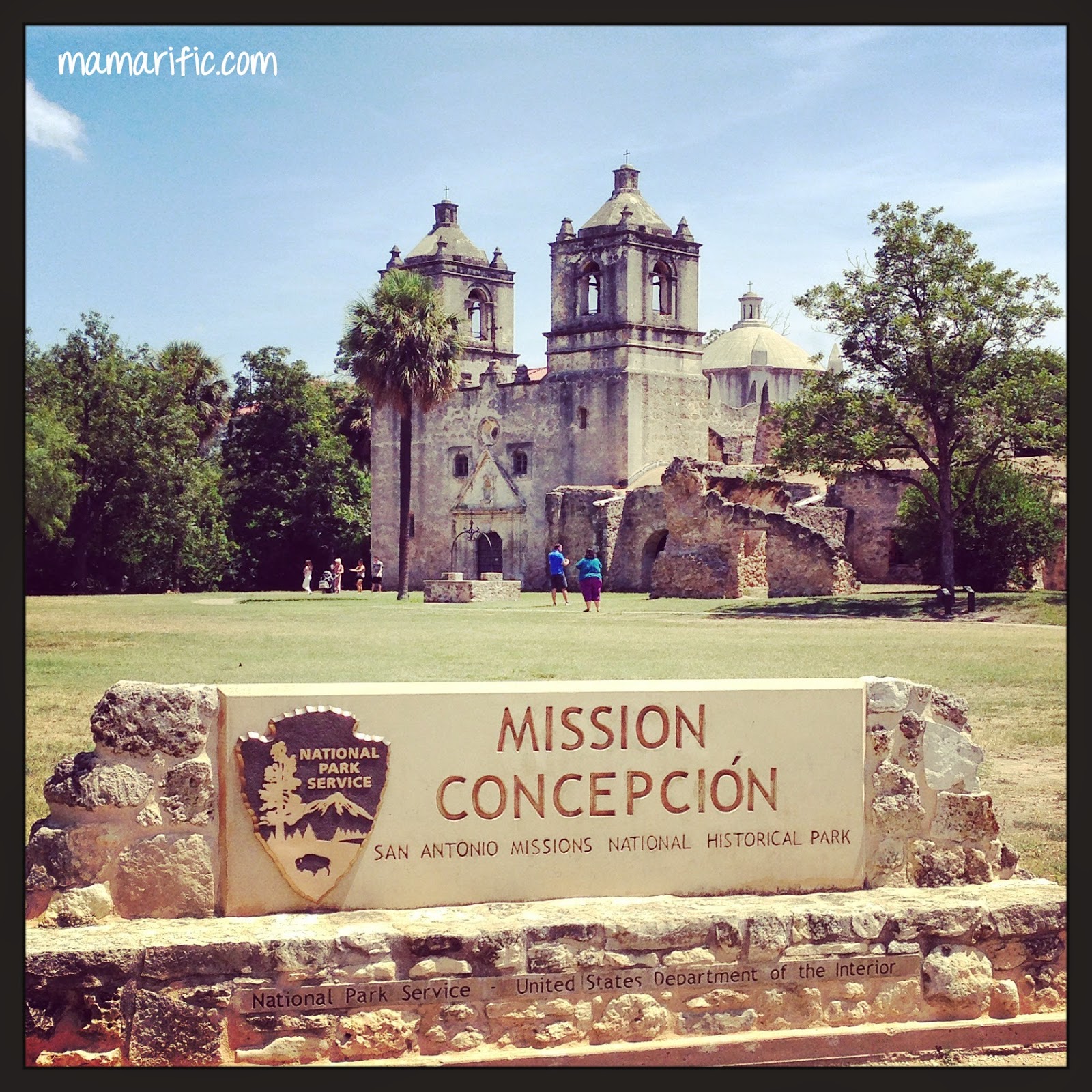 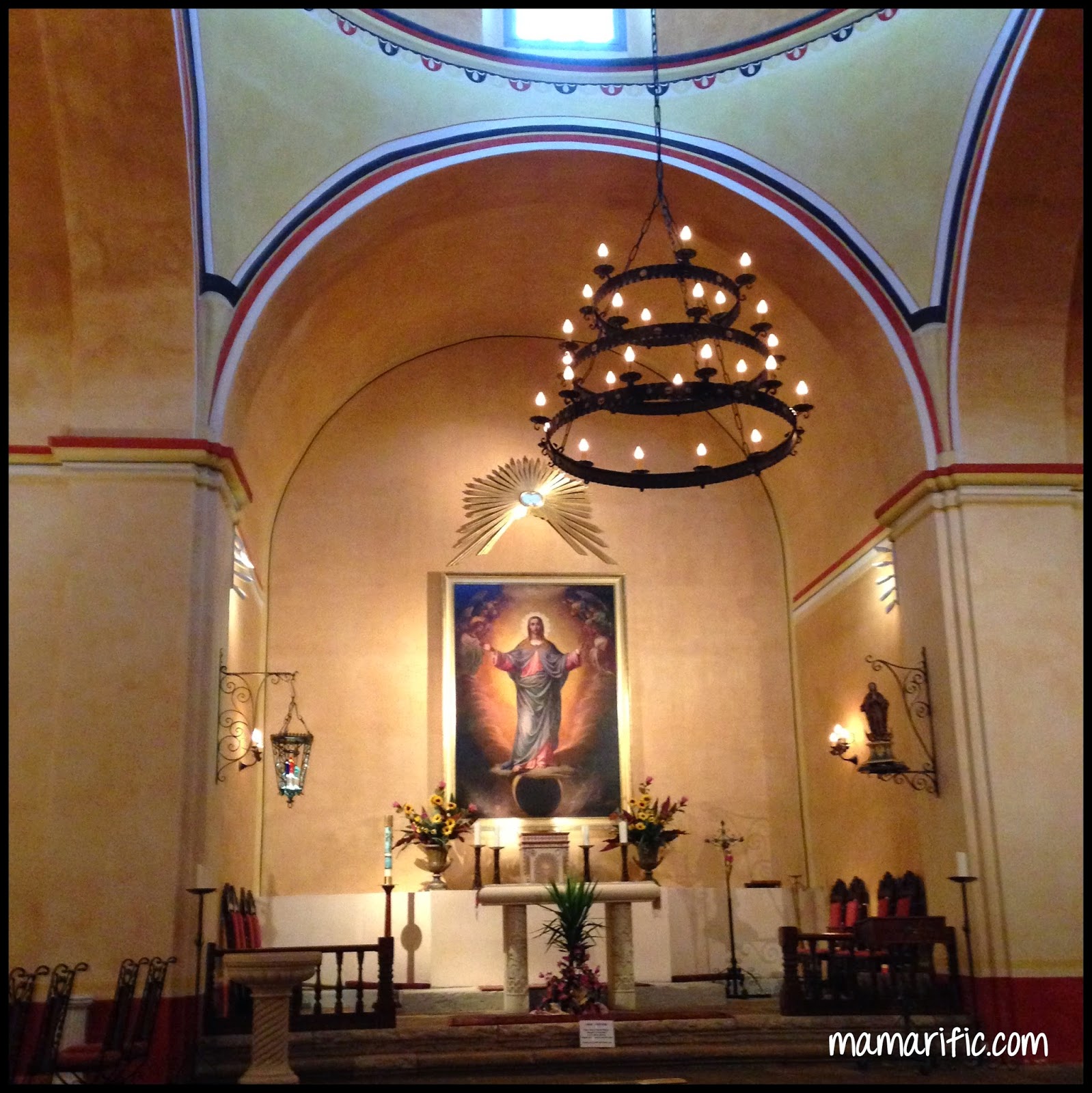 After a delicious Mexican lunch at El Mirador, we headed over to the Institute of Texan Cultures, the museum/library of University of Texas San Antonio.  We learned a lot about the vast array of ethnic groups that settled in Texas and their impact on history: German, Irish, Polish, Hungarian, Chinese, and even some of my own ancestors:


Don’t worry, amidst all the learning going on, we definitely had some fun:

We ended the day at Beethoven Maennerchor, home to an authentic beer garden, complete with one of the oldest German singing societies in Texas.  Here we were treated to a fabulous meal and sing-along with traditional German drinking songs.

Thus ended our fantastic Daytripper experience in San Antonio, sadly.  It was back to the bus, back to Austin, then home to Houston the next day.

But not without a quick visit with our dear friends and a spin around Lake Travis.


What a way to end our wonderful Girls’ Weekend.

And now, it’s back to reality…backpacks, new shoes, and a fresh start to All Things School.

For everyone who is sharpening pencils and packing lunches this week, I hope your start to the school year is as smooth as possible, and if you’re a Kindergarten mom, don’t forget your hankie on that first day!

How do you feel about the end of summer? Blessing or curse?
Email Post