Here’s a Trophy, You’re a Winner! (Even If You’re Not)

In the process of rearranging my daughter’s bookshelf, I came face to face with this: 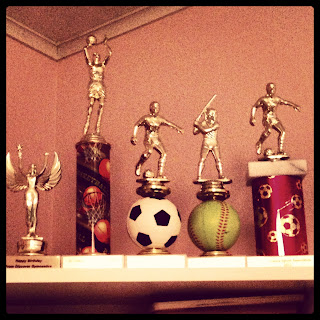 I was struck by the quantity, quality and pure grandeur of her trophy collection.  And I even left one out because they wouldn’t all fit on the shelf.  And she’s only eight.  She has ten more years of schooling to add to this assemblage.
It prompted me to ponder my own childhood trophy collection, which looks like this: 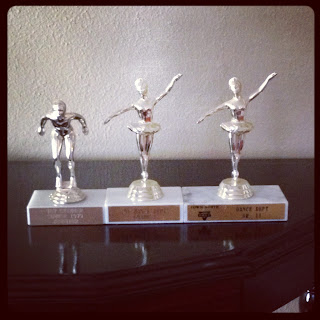 Sad, eh?  Granted, I do have a box of ribbons and medals from swim meets and horse shows.  As well as certificates of achievement for other random stuff like French competitions, volunteer work, etc.  But I only have three trophies.  Count them, three.  I actually won my class, division, or whatever to earn those trophies, hence they mean something to me.
If you are a parent these days, you know that times have changed.  My first experience with team sports as a parent was Pre-K T-ball.  They were all so cute in their tiny little uniforms, running the bases or picking daisies in the outfield.
They didn’t know thing one about playing baseball, and many times had to be prompted to ‘Run!” after hitting the ball, when they actually made contact with the ball.  Some even ran the wrong direction.
No one kept score, and a good time was had by all.  And at the end of the season, they had a big party where my daughter received a trophy that was half her size.  Every player on the team got a trophy, I learned, even though we didn’t keep score of the games, and we have no idea if they even won a game.
At that moment, I caught my first whiff of entitlement brewing in these young bucks, and it kind of scared me a little.  But hey, we all want our kids to have high self-esteem and be winners, right?  I get that.  I love my precious girl more than anything and want her to feel good about herself, which will give her the confidence she needs to move forward, take risks and try new things to be good at, right?
Not so, according to this article I just read by Tim Elmore at Growing Leaders.  Elmore makes three strong points about mistakes we’re making in leading this generation of kids.  I especially connected with #3: We Rave Too Easily.
The trophy thing is just a small part of this, but there is very strong research to suggest that by making every kid feel special in every situation, regardless of how he or she performed, we are actually doing the opposite of what we intended.  We are harming his or her ability to take risks and have the persistence to see something through without immediate rewards. 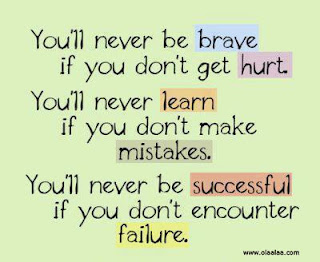 This really began to weigh on my mind when basketball season ended recently, and I saw my daughter proudly add her trophy to her shelf.  It towered above all the others, the grandest one yet.
Her team did not win a single game all season.
My fear is that the trophies keep getting bigger, and my daughter’s expectations grow right along with them.  The reality that hard work = success = reward is non-existent.  She has been conditioned to expect a great reward, regardless of how hard she works, how much effort she gives and what the result is.
I am wary of the effects this pattern is having on her developing character, and I try and do all I can at home to counterbalance it with the reality of natural consequences.
Yes, I want my kids to feel loved.  Of course I want them to feel good about themselves.  I want them to shoot for the stars and believe they can be whatever they want to be.  But I also want them to know how to deal with disappointment and how to pick themselves up when they’re down.  I want them to have the tenacity to try and try again, even without a trophy being dangled in front of them like a carrot.
It’s called the Real World.
And we’re supposed to be raising adults, not children.