It Was a Good Year 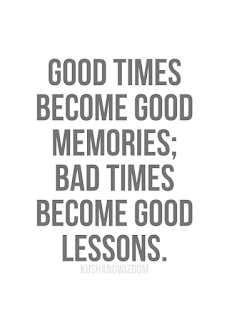 It's been a super-duper, Mamarific year, friends, and I can't help but take one last look at 2012.  This time last year, I was a newbie blogger, tentative and uncertain.  As the year has passed, I've felt my way through the process of blogging, writing a variety of posts ranging from satirical and sarcastic, to honest and serious, to lighthearted and silly.

I love being able to show all sides of myself to you, and I thank you for loving me just the way I am. Your comments and feedback are so appreciated, as well as the private messages from those of you too chicken or technologically challenged to comment publicly!

So, in lieu of writing what's really on my mind tonight and boring everyone to tears with a tirade on the need for reasonable gun control, I will instead take a look back at my favorite posts from 2012, from oldest to newest.

If You Give a Mom a Margarita
My ode to First Grade literature.  And re-reading it made me so thirsty, I got up out of my recliner to fix a drink, but I encountered a bag of spilled Goldfish on the way to the kitchen, which led me to the pantry for a broom, and you know how the rest goes...

Happy RAK Day
This is in reference to Random Acts of Kindness Day, which may or may not be a real holiday, but it gave me a good writing prompt, at the time.  I like this one just fine, but I really picked it because Husband thinks it is just sooo funny.  Probably because of the Irish Spring soap bit.

Today I am a Scary Mommy!
Hard to believe it's been almost a year since I was featured on Jill Smokler's site, Scary Mommy.  Some of the stuff on her site is pretty hard-core (like some bits from the Confessional...by God, some of these people should be institutionalized!), but for the most part, I love what Jill has going on over there.  And I have never received more positive feedback on a post as I did from the one she featured titled, "A Slacker Mommy and Proud."  Click HERE to take a peek at what happens when my sarcastic, irreverant side is let loose with a glass of wine and a keyboard.

BBQ with the Baptists
Ah, I love this one about my pilgrimage to a small town Texas BBQ joint, in honor of my Daddy.  Sometimes the smallest and seemingly run-of-the-mill experiences turn out to be significant moments in time.  Thank you to the New Zion Missionary Baptist Church in Huntsville, TX for allowing me to commune with my deceased father over red meat.

Letter to a Younger Me
Most bloggers have written one of these, and most carry the same themes of teenaged regret, but I have to admit that this was quite therapeutic for me.  I'm going to make my daughter read it when, God forbid, she reaches adolescence.  Can we please just freeze her now, in the American Girl stage?  It's expensive as hell, but at least I don't have to worry about when or if she'll come home at night.

On the Bayou
This post is from the summer, when I was attempting more serious writer-ish stuff for Yeah Write, which is an online community "for writers who blog and bloggers who write."  This post was the epitome of me finally getting my groove on, and it actually won an Editor's pick, which may be the coolest thing that ever happens to me, writerly speaking.  Reading it now still makes me reach for a hankie and wish for an ice-cold Coca-Cola.

And last, but not least,

The Notorious Wild Boy Grew Up, and I Think He Took Me With Him
I met John Taylor.  From Duran Duran.  I touched something that he touched, breathed air that he breathed, and he even said my name.  MY NAME.  And he smiled at me.  Not much exciting stuff happens in my provincial, little life, so this was kind of a big deal.