Au Revoir, Edward, My Love. And Thanks for the Memories. 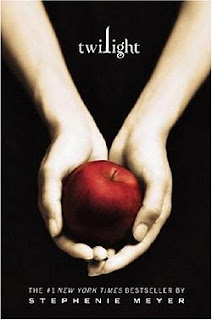 It all began for me in the summer of 2009 when my young daughter, almost five at the time, was finally old enough to entertain herself by coloring or playing independently.  Good thing, too, because that was my summer of Edward.
A couple of friends in my neighborhood introduced me to the Twilight books, probably because they knew I was a 15-year-old in an almost 40-year-old’s body.

“Vampires?”  I said, “Forget it.”  But Friend #1 insisted, gushing on and on about the main character, Edward, and how the love story between him and the lead female is “so amazing” because THEY NEVER ACTUALLY DO IT (this is book one), but it’s still really good.
I was intrigued.  I’d heard about the success of Stephenie Meyer’s novels, and how she was a stay-at-home mom who wrote them while waiting for her kids at their swim lessons.  That right there is my freaking dream come true, so I had to read them and see if the story lived up to the hype.
From the first book, first chapter, fifth sentence, I was invariably hooked.  I blew through all four of the books, each 500+ pages, in just a few days.  While my daughter played with her Polly Pockets, I entered the world of Forks and the romance of Edward and Bella.
He loves her, but he can’t make out with her because he’ll hurt her.  Sigh.  So, all they share are sweet kisses filled with passionate restraint.  No unsolicited S-E-X or bawdiness.  Now this is my kind of book.  I’m not the Fifty Shades of Grey type.
After finishing the books, I rented the Twilight movie, and immediately got on board with Robert Pattinson as the personification of Edward.  He was handsome, tall, thin and British, which meets all the criteria for a heartthrob, in my book.  New Moon was set to come out in a few months, and my friends and I eagerly awaited the next film installment of this addictive series. 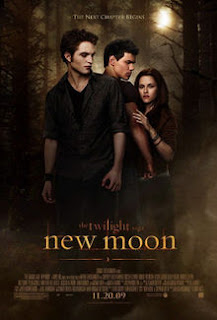 A group of us went to New Moon on its opening weekend, and mass hysteria was in the air.  Groups of mommies ordered glasses of wine and let the good times roll (we were at Studio Movie Grill, hence the wine).  One lady stood up in front and chanted, “Team Jacob!” as if it were a battle cry.
The movie itself was a bit of a downer, since Bella and Edward broke up, and the bulk of the story focused on the wolves, which are not as exciting as the vamps, in my humble opinion.  But the ending was fantastic, culminating in a Bella/Edward reunion/marriage proposal that would get the juices flowing in a corpse.
Not that I’m a corpse.  But I did give birth to Baby Boy approximately nine months after the release of New Moon, so you do the math.
Next came Eclipse, with the whole Edward/Bella/Jacob love triangle fleshed out in all its glory.  Bella makes her decision to marry Edward, so then they can finally DO IT, and then he’ll turn her into a vampire.
Crazy, I know.  But hang with me.
Breaking Dawn, Part I begins with their wedding and Edward looking quite dashing and Edwardian in white tie and tails.  Then there’s the honeymoon, and we finally get what we’ve all been waiting for…S-E-X.  And not just normal S-E-X, but amped up, crazy, vampire sex.  We’re talking beds breaking and feather pillows exploding.
Yowza.
Breaking Dawn, Part I left us hanging with Bella having given birth to their child and Edward turning her into a vampire to save her life.  Don’t ask.  The parting shot of the movie is a close up of Bella’s eyes opening, revealing bright, red pupils, indicating she’s a vampire.

Fast forward twelve months.
I woke up this morning in a great mood, in anticipation of seeing the final installment of this epic series at the theater with a friend.  We noted with a touch of sadness that there was not as much excitement surrounding this final movie.  There was no crowd of ladies waiting outside the theater, as there had been in years past.  Where have all the Twi-Moms gone?
But we were just happy to get one final dose of Edward, and we marveled at the fact that R-Patz is so appealing on the big screen as Edward, but not so much in real life.  In fact, in real life, he looks kind of scrawny and scuzzy.  And slightly in need of a bath.

﻿ Breaking Dawn, Part II did not disappoint, and I won’t give any details away, in case you haven’t seen it.  That is, if you care.  But if you do care, you’ll agree with me that there is an undercurrent of sadness that this is the last time we’ll see Edward and his crew on the big screen, and that this franchise has run its course.
Just as most phases of my life are defined by music/pop culture, the last several years have been lived within the context of a world with Edward in it.  An imaginary world, but a point of reference, nonetheless.
I’ll miss all the camaraderie amongst my girlfriends, the jokes about pretending to be Mrs. Cullen on our birthdays, and the analysis and commentary about Kristen Stewart cheating on R-Patz, which will henceforth earn her the nickname of Trampire.
That is all over now, and it’s time to move onto something new.
I’ve never been one for change, so I’d like you to continue to call me Mrs. Cullen, please, while I pour myself another glass of wine and pop in the Twilight DVDs for a marathon viewing.
Because I’m just not ready to say goodbye to Edward quite yet.